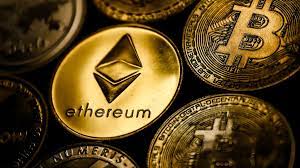 Former BitMEX CEO Arthur Hayes expects  Ethereum, the second-biggest cryptocurrency on the market, to drop to $2,500 by the end of June. His prediction concerning Bitcoin: Hays says, it will drop to the $30000 level before the end of the third quarter. The former boss of BitMEX notes that BTC and ETH are high “highly correlated” to the Nasdaq-100 stock market index, and if tech stocks keep underperforming, crypto will decline as well.

Read Also: DCG Raises The Investment Round From $700 Million To $10 Billion

A Twitter user dedicated to the Shiba Inu community, @shibainuart, has recently shared that during the introductory phase for SHIB: The Metaverse, 36,431 plots of land will become unlocked while revealing portions of four different districts: Growth District, Defense District, Technology District, and Currencies District. In total, SHIB: The Metaverse will consist of 100,595 plots of land.

Meanwhile, a Spanish taxi company called “Nova Taxi” has announced that it now accepts SHIB as a form of payment. The logo of the famous canine coin is now placed on all of the company’s cars.

From an official announcement on Twitter, the NFT project clay Nation launched its official collaboration with  Snoop Dogg and Champ Medici, bringing the content of all three (including Snoop Dogg’s NFT collections) to Cardano.

The American rapper has been zealously committed to the activities connected with one of the most used blockchains. Last week, on April 5, Snoop Dogg and Cardano founder Charles Hoskinson met in an epic Twitter space to discuss the Cardano ecosystem, music, and NFTs

Read Also: According To Santiment, It Was Brought Up That The Large Ethereum Is Still Accumulating In The Market Despite The Down Period In The Crypto Industry.

Marius van der Wijden, seasoned Ethereum researcher and developer, has unveiled that Ethereum’s PoW/PoS merge is being stress-tested in a unique “shadow fork.” The “shadow fork’s” configurations will be of crucial importance to the next phase of ETH’s progress, as it would dictate optimizations needed in the run-up to the merge. Technically, a “shadow fork” is authorized in parallel with the “regular” Ethereum mainnet and does not affect its operations in any meaningful manner.