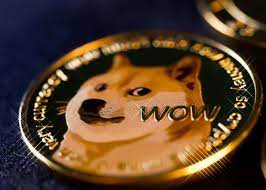 The creator of one of the most trend meme coins on the market, Billy Markus—also known as Shibetoshi Nakamoto, shared a satirical price prediction that gave hope to some DOGE investors in the commentary under the tweet.

But while some newbies in the crypto field felt some reassurance, the Dogecoin creator quickly justified his message, saying that he meant Hong Kong dollars, not the U.S. dollar.

Some investors did not welcome the satirical nature of the tweet as they expressed their frustration with Dogecoin’s improvement on the market in the last 300 days. Since August of last year, Doge is showing signs of recovery and mostly losing value instead of gaining it.

Recently, Dogecoin surprised its investors with a strong 20% after Elon Musk stated that he was willing to buy Twitter, which seemed like positive news for DOGE—famously adored by the entrepreneur.