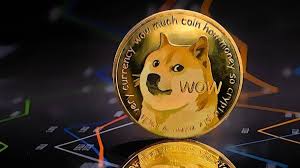 Plein believes his fashion brand could rake in almost $16 million from crypto-savvy clients in 2022. Last year, digital assets accounted for roughly 3% of the sales, but their share is expected to grow in 2022.

As reported by U.Today, his luxury brand started accepting cryptocurrencies last August. It allows clients to pay in Bitcoin, Dogecoin, Ethereum, and Tether as well as other altcoins. Philipp Plein became the first prominent fashion brand to make such a move.

The experiment turned out to be a success from day one because of strong engagement. The fashion brand has decided to hold its crypto instead of selling it for cash.

In most of the late interviews, he observes that Philipp Plein has managed to gain many new clients because it decided to tap into the audience of wealthy crypto investors.

Recently, the fashion brand also decided to bring crypto to its newly opened store in London. “England is very important because we all know that England just announced a couple of weeks ago that they wanna become a crypto hub in Europe,” said Plein.

Plein is known as one of the most divisive figures on the global fashion scene because of his provocative behavior.

Despite his questionable reputation, the “king of bling” has worked with such A-list celebrities as Naomi Campbell and Paris Hilton.

The Fashion designer claims that he single-handedly holds 170 Bitcoins that are worth $6.6 million at press time. Even Plein’s mom is a holder.

His total net worth is estimated to be roughly $300 million.