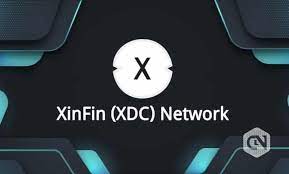 According to the official announcement shared by the team of high-performance blockchain platform XinFin XDC Network, its digital collectibles marketplace XDCNFT is up and running.

Read Also: Here’s Who Is Behind Majority of NFT Hacks and How Much They Hold

XDCNFT marketplace works on the XRC-20 token standard, which is the brainchild of XinFin XDC Network’s engineers. On this blockchain, it works like the ERC-20 standard for Ethereum (ETH) and compatible networks.

Since the first days of its operations, the XDCNFT service is focused on building a solid ecosystem of partnerships and eccentric NFT integrations.

XDCNFT has entered into a partnership with British Motorsport

Developed by BlocksWorkz, the technical design of XDCNFT allows cost-efficient transactions. Unlike many competitors’ products, XDCNFT charges its clients zero fees for installation and token minting.

NFT trading operations are charged with an infinitesimal 1% commission, which is significantly lower than on major trading services.

To advance the visibility of the new brand and accelerate its marketing efforts, XinFin XDC Network scored some partnerships with big names in art, sports, and industry. Namely, its NFT marketplace is endorsed by British Motorsports.

Read Also: Is NFT Industry Dying? ApeCoin Rallies by 30% with No Reasons Again

To celebrate this collaboration,  XDCNFT is going to release an array of motorsports-based non-fungible tokens.

According to the Cryptolifedigital initially, XinFin XDC Network made headlines in April 2022 by introducing its decentralized oracle solution, dubbed Plugin (PLI). Plugin’s PLI token is on its way to major centralized and decentralized cryptocurrency exchanges.