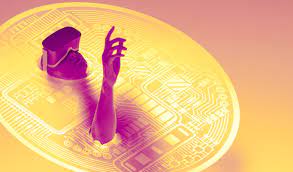 In a late interview with the Los Angeles Times, Italian computer scientist Silvio Micali, who founded the proof-of-stake cryptocurrency protocol Algorand, predicted that traditional finance may start getting on the blockchain 10 years from now.

Read Also: Pro-Crypto Candidates Won Senate Primaries in U.S. Here’s Who They Are

He believes that only those blockchains that are capable of handling high transaction volumes at a low cost will emerge as the winners. Bitcoin, which he compared to a “Neanderthal man,” may also remain relevant, but it will be used solely as a store of value, according to Micali.

The computer scientist, who received the Turing Award for his contribution to cryptography back in 2022, believes that Algorand represents the fourth generation of blockchain projects.

He explains that the cryptocurrency ecosystem is unique since more advanced blockchains, such as Algorand, have to coexist with early generation blockchains instead of replacing them, which was not the case during the Industrial Revolution. This would be similar to Homo sapiens and Neanderthals coexisting within the same period.

Micali has pointed to the fact that Algorand is much more energy-efficient than Bitcoin. While the largest cryptocurrency uses as much energy as entire countries, Algorand only needs as little power as several households.

The computer scientist admits that the original idea of Bitcoin was “beautiful,” but its execution was not “elegant.”

Algorand, which had been mostly under the radar over the past few months, made plenty of headlines earlier this week after announcing a high-profile partnership with FIFA. ALGO token soared more than 20% on the news, reentering the top 30 biggest cryptocurrencies by market capitalization.