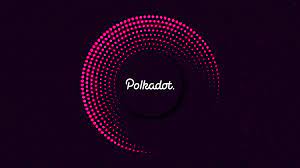 While most of the larger-cap alts are slightly in the red, DOT has jumped by 7%. Bitcoin trades close to $30,000.

Bitcoin has stayed just under and around the $30,000 level after the recent huge volatility that brought the asset south by five digits. Most altcoins are quite camped on a daily scale, with a few exceptions which include Polkadot, Bitcoin Cash, and Monero.

Read Also: What Is Ethereum? Simple Guide for Beginners

The past ten days were nothing short of a volatile rollercoaster for bitcoin and the rest of the market. The largest digital asset stood close to $40,000 before it plummeted by $4,000 in a day. It dumped furthermore in the next couple of days and found itself struggling to remain above $30,000 by May 11.

Notwithstanding, it was almost inevitable that it will break below that level, and it did on May 12th. At that point, BTCdropped by nearly $5,000 to its lowest price position since December 2020 at $25,300 (on Bitstamp).

The altcoins went through something quite similar to bitcoin. Ethereum traded at $3,000 earlier in May but dumped to a multi-month low at $1,700 during the correction’s most violent day. It bounced off at that point and reclaimed the $2,000 line days later.

Binance Coin is close to $300 now, after dipping to $230 days ago. On a daily scale, however, most larger-cap alts are slightly in the bearish. Ripple, Cardano, Solana, Polkadot, TRON, and Shiba Inu have retraced by up to 4%.

Polkadot and Avalanche are the only two with notable price gainers. AVAX is up by 3%, while DOT has soared by more than 7% and trades north of $11.

From the lower- and mid-cap alts, Bitcoin Cash and Monero have gained the most – between 5% and 7%.

The crypto market cap has remained relatively sluggish in the past two days and is now at $1.250 trillion.