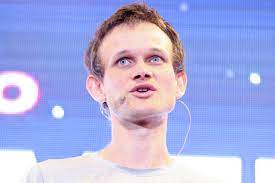 The Ethereum exec was also affected by last week’s cryptocurrency dip that wreaked havoc on investors.

Following the late market turmoil that the prices of all digital currencies, Vitalik Buterin, the co-founder of the second-largest cryptocurrency Ethereum (ETH), has revealed that he is no longer a billionaire.

Buterin, 28, made the revelation on Twitter recently, saying: “I’m not a billionaire anymore.”

Although he did not add any comment to the tweet, it is evident that the Ethereum developer and co-founder were also affected by last week’s dip that plunged the prices of all cryptocurrency assets, including Ethereum.

Buterin, who had a crypto portfolio worth $1.5 billion in November 2021 has seen the value of his investments plunge significantly, as the general crypto market has lost over 50% value since then. The estimated net worth of Vitalik Buterin is 355,000 ETH.

As stated by the data on cryptocurrency aggregator platform Coingecko, Ethereum, which was trading at around $2,700 on May 7, fell to a low of $1,824 a few days later following the collapse of TerraForm Labs ecosystem tokens LUNA and UST.

However, things seem to have stabilized this week, the cryptocurrency market has yet to be restored from the dip last week.