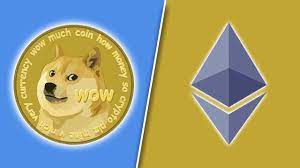 Michi Lumin, a Dogecoin Core developer, has tweeted about a recent meeting centered on the Dogecoin–Ethereum bridge, which is currently being built.

Read Also: Coinbase Global (NASDAQ: COIN) becomes one of the most successful newcomers to Fortune 500 in 2022

According to Blue Pepper, the entity driving its development, the Dogecoin-Ethereum bridge is based on Ethereum co-founder Vitalik Buterin’s Scrypt hash validation mechanism in Serpent, which was published in 2015.

As previously covered by Cryptolifedigital, Dogecoin creator Shibetoshi Nakamoto believes that once a bridge between DOGE and Ethereum is created, it will be beneficial to Dogecoin. He also believes Dogecoin will require platforms that trade non-fungible tokens (NFTs), like Opensea, which will allow the DOGE-ETH token to be utilized for purchases.

The DOGE founder also mentioned that buying NFTs with crypto is still in high demand, so utilizing DOGE to buy NFTs might considerably boost its utility.

Several talks on Dogecoin’s use cases have surfaced in recent months. The Dogecoin Foundation’s main goal, according to the organization, is to make Dogecoin the global currency for the payment of products and services.

Elon Musk, the CEO of Tesla, also said that Dogecoin would gain greater utility if more firms accepted it. Musk also commended tipping as a use case, saying that using Dogecoin to tip creators would be “nice.” However, despite possible use cases in the Web3 industry, Musk believes that building a bridge between Ethereum and Bitcoin is not as vital.