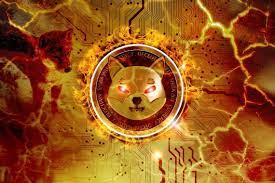 Over 229.16 million Shiba Inu (SHIB) have been pushed out of circulation by the community of Shiba Inu token lovers. Game Developer Travis Johnson led the Burn Show from the front in the past 24 hours. $176 Worth of SHIB Burned via Amazon. As stated in a recent tweet posted by Shibburn.com, over the past 24 hours, the Shiba inu community has sent 229.16 million SHIB to unspendable wallets.

The tweet by Shibburn.com says that 229,165,044 Shiba Inu have been removed from the circulating supply and locked in dead wallets, thus making the second-largest meme cryptocurrency a little more scarce. These outcomes were achieved after 11 transactions. Travis Johnson made the most significant burns, as the individual burn project sent 56,024,490 (56.02M), worth $592 canine tokens to a dead wallet in a large transaction.

This burn from Travis Johnson was scheduled for last Sunday. But owing to some unforeseen technical issues, the project have to be postponed its Burn Event till Tuesday. He addresses the postponement, saying he “was having trouble with Robinhood, Coinbase” and MetaMask wallet.

While taking the transparency of the burn project seriously, Travis further informed the community that his Burn project named  “SHIB Super Store” was able to burn only $592 worth of Shiba Inu instead of $647. However, his SHIB superstore affirms that they will add the remaining $68 to the upcoming Burn Event.

$176 Worth of SHIB Burned via Amazon:

Another tweet from “SHIB Super Store” reveals that the project has earned 176$ worth of commissions through Amazon Affiliate Program. Travis Johnson confirms that his burning project has utilized some of these commissions to buy and burn Shiba Inu through this event. This marks the first-ever Shiba Inu Burn via Amazon.

Welly became part of the Shiba Inu community after performing a full rebrand in February. As reported by Cryptolifedigital the burger joint announced that it would start burning SHIB tokens in late April.