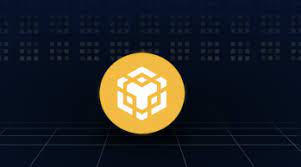 Earlier today, a mysterious whale of position 74th among the largest BNB whales, named “Scarlet Witch,” acquired 400 million Dogecoin worth $31,666,000 at the time of writing.

Asides from the Dogecoin that the whale bought, he went on getting 200 million MATIC, 10 million of Avalanche’s AVAX, 18 billion WIN, 2.8 billion TRX tokens, and a few others. Out of the tokens acquired by the whale, Dogecoin topped the list which gave the clue on the belief that the whale has in the DOGE token.

Read Also: 20 million OP moved by the attacker Due To The Wrong Address Sent By Wintermute

Dogecoin in the Top Purchased Tokens

At the time of writing, the top whale’s recent whale was revealed, showing that the massive holder has not traded off his coins.

Presently the transaction of the most popular meme coin spiked 14% in the last 24 hours, as stated by the on-chain metrics from IntoTheBlock crypto analytics.  Though the coin is experiencing a dip at the time of writing alongside almost every coin including Bitcoin.

Dogecoin (DOGE) will experience a protocol upgrade later this summer. The meme coin’s developers shared a system upgrade roadmap, which targets solving the presently existing protocol bugs and better protecting Dogecoin Core wallets users. The news of the upcoming protocol update triggered a mild Dogecoin (DOGE) price increase. The coin went up by more than 5% after Lodder’s announcement, reaching the highest level of $0.0843 since the first days of June.