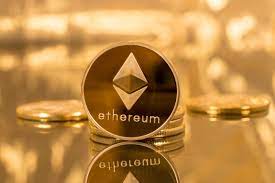 In the quest to control the amount of energy used in the mining of Ethereum, a few days ago, the merge was launched in the ecosystem. Although, migrating to Ethereum 2.0 under the PoS mechanism has been a serious issue for the Ethereum developers.

Go Ethereum, one of the three original implementations of the Ethereum protocol, has announced that the latest version of the Geth standalone client is now available. Geth v1.10.19, also known as Camaron, is a feature release that contains a definition for the Gray Glacier fork.

Gray Glacier fork is a difficulty-bomb postponement, which is expected to go live on Ethereum Mainnet towards the end of June.

The brain behind the Difficulty Bomb

Ethereum’s difficulty bomb is a setup to distract miners, who may prefer to continue with the PoW mechanism even after the blockchain transitions to PoS. The primary reason miners won’t want to switch will most likely be resistance to a reduction in profits. If all miners do not switch to proof-of-stake, then there is a possibility that Ethereum’s blockchain might fork. It will increase the time it takes to mine new blocks, encouraging miners to move to the less energy-intensive proof-of-stake mechanism.

As stated above concerning migrating the Ethereum developers which may not be easy, every feature update of the Ethereum ecosystem, including protocols like geth, always contains a difficulty bomb postponement.

In the latest version of Geth, Gray Glacier is expected to delay the difficulty bomb by an additional 700,000 blocks, which should span till the middle of September 2022. Users of Go Ethereum have been told to switch to the new version before the Gray Glacier hardfork starts at block number 15050000.

Read Also: The Community applauded Ripple’s And Binance’s Announcement of a Job Interview Amid of Bear Market

And some other changes may include Updates related to The Merge on Ropsten, which is now a proof-of-stake network.