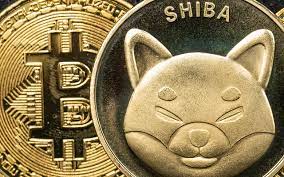 Shiba Inu has been doing well in terms of getting support from various platforms around the globe. The popularity of the coin is on the increase. The breakthrough of the meme coin can be traced to its crypto enthusiasts, the holders, and the community as a whole.

According to the updates released on the Rev. Dr. Doge Christopher Benek’s Twitter page, He said the Presbyterian Church accepts Shiba Inu as donations.

Read Also: Elon Musk To Reimburse Investors Sum Of $86 Billion, Plus Pay Double That In Damages — An Additional $172 Billion.

Rev. Dr. Benek is the founding chair of the Christian Transhumanist Association.

The Florida-based Church announced becomes the second Church to accept cryptocurrencies as donations following a Mississippi-based Church who have adopted cryptos as donations last October. The church has adopted Bitcoin (BTC), Ethereum (ETH), and Dogecoin (DOGE) in April 2022 and recently made it known the acceptance of Shiba Inu tokens as donations.

In one of the interviews of the Water Guru with the Rev.Doge, He said;

“We hope that through our financial education and advocacy, we can teach people to be generous both inside the Church and throughout the world so that we can all do only good every day. So, to put it differently, it isn’t ultimately about the amount of the gift – it is about the intention behind it.”

Rev. Dr. Doge also revealed, that the church is highly blessed and surrounded by tech firms, Due to this, most of the faithful visitors and members got interacted with cryptos and gained knowledge about the space. It was this member that enlightened the administration of the church on crypto before they fashion their interest in accepting crypto as donations. Good to know that the church is located in the heart of Brickell Ave, the financial district in Miami.

Shiba Inu has a lot of support across the globe, this adds to the popularity of the meme coin.

Two weeks ago, Crypto-friendly travel website Travala initially added support for the Shiba Inu cryptocurrency in December last year, allowing SHIB to be used as a payment method on its website. Aside from this, SHIB can also be used to book more than three million travel products worldwide on the site, including flights, hotels, and travel packages.

Alongside the support gotten by this coin, the SHIB army has been trying to maintain the price cap of the coin by constant burning while the whale has been faithful in their duty.