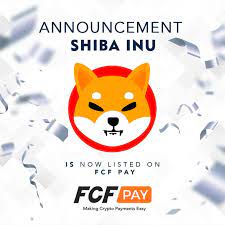 Shiba Inu’s popularity is on the increase every day as the different platforms are raising support for it. Asides from the SHIB, the rest of the token in the ecosystem has been getting support from the platforms. For instance, in June, the leading Estonian exchange announced the listing of the Shiba Inu tokens (SHIB, LEACH, and BONE).

According to the tweet on the FCF PAY, Canada-based crypto payments platform FCF Pay has listed the complete Shiba Inu tokens which include Shib, Bone, and Leash. This makes these tokens available as payment options for merchants utilizing its platform.

The Platform once listed the SHIB tokens in April which later decided to enlist BONE and LEASH. Shiba Inu is presently on a lot of big crypto exchanges which are Binance, Coinbase, and Gemini.

Following the good news, the Shiba inu whales and investors resume their activities as the transaction volume spiked by 143% as stated by IntoTheBlock.

Read Also: The Discussion Held By The U.S. And South Korean Officials Could Further Affect The Stablecoin Projects.

SHIB in the top 10 by Trading volume

According to the data by Whalestats, SHIB is now in the top 10 by trading volume among the 1000 largest ETH whales in the last 24 hours.

Sbiba Inu’s lead developer reassured the community that the SHI, the Shiba Inu stablecoin, regardless of the stable tokens crash ongoing and billions in dollars getting lost in the market will be released in 2022. The version of SHI that happens to avoid the issues found in other moonshots has been submitted, while the SHI is allowed to be utilized to counter and balance the payments to be one without market fluctuations. More about the token will be released as it is finalized.