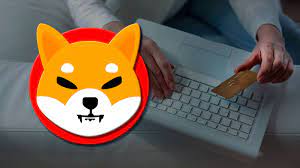 The data from whalestats shows the interest of the biggest whales in the second-largest meme coin, the Shiba Inu as SHIB experiences a lot of buying pressure from the hand of the whales.

The sudden increase in the amount of Shiba Inu in the ETH whales’ wallets is due to the whopping accumulation which was done by two of the biggest ETH whales, Gimli and BlueWhale0159.

Massive Accumulation By Gmli And BlueWhale0159

Read Also: Hard Fork Is Postponed Again To Give Room For Engineers To Carry Out More Test On It, No Precise Date For Deployment Yet

Read Also: Ripple Records 9X Year-of-Year Increase In ODL As The Total Sales Of $408 Million XRPs In The Second Quarter

The SHIB holding has now hit over 560% within 24 hours as the Ethereum whales resumed their activities. It was reported by the ETH whales tracker, that in the last 24 hours, their total SHIB holding ranges between $736,000 to over $5 million.

This current massive SHIB holding by the ETH whales has placed the token ahead of all tokens except ETH having MANA, MATIC, and the rest under it.

Between the 27th and 28th of July, the two ETH whales collectively accumulated a total of 1.06 trillion SHIB tokens worth $12.95 million at the time of purchase. About 26% of Shiba Inu holders have held the digital currency for the past year as stated by the data.

Salaries Are Now Paid In SHIB

Alongside the whale’s buying spree, the popularity and the use case of the Shiba Inu are on the increase. A lot of platforms raised support for the meme coin. It was previously reported, that at the moment there are millions of holders of SHIB in their various wallets. For this reason, NOWPayment has to integrate the Mass Payment tools, which are designed for companies that wish to make use of SHIB salaries and other kinds of mass Shiba payments.