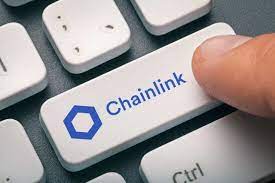 According to the leading smart contracts infrastructure provider on the Ethereum network with an important footprint in DeFi, enterprise, and NFT/gaming arena, Chainlink has announced that the contentious fork after the merge will not be possible as this is in alignment with both the Ethereum Foundation’s and the Ethereum community’s plan to upgrade from the former proof-of-work to the coming proof-of-stake.

Read Also: Over 70,000 Holders Have Joined The Class-Action Lawsuit Against The SEC, Victory Is Ascertained For Ripple

Read Also: Ethereum’s Vitalik’s Proposal To Add A Significant Amount Of Privacy To The NFT Ecosystem Has Triggered A Debate On Transparency In The Blockchain

This is said, as the blockchain security experts point to the possibility of the ETH holders getting airdropped, and hackers might take advantage of the fluid situation surrounding Ethereum’s migration.

Also, it was noted on the website, that the Ethereum developers and dApps’ team who are not certain about their migration towards the merge should put their smart contract operations on hold to get rid of the unpalatable experiences on the side of the end users.

dApps operating on forked versions of Ethereum, including PoW forks, might behave in unexpected ways due to both protocol and application-level issues, introducing increased risk for users

it is good to know that Chainlink was analyzed to be over $60 billion of total locked value in smart contracts by the Bank of America.

They added, that due to this total locked value, Chainlink will drive mainstream blockchain adoption across industries which include gambling, gaming and some others.