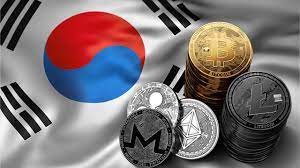 As a result of Terra’s collapse, the South Korean institutional and retail investors lose a huge amount of capital. The cryptocurrency exchange in South Korea met and announced the plan to compensate the investors in that region.

Owing to the crash, the investor lost billions which led to the promise mentioned earlier by the cryptocurrency exchange which includes Upbit and Korbit.

The total compensation from both exchanges in May accounts for approximately $30 million.

“We feel moral responsibility beyond legal responsibility for investment losses. Upbit will not decide how and where the Luna transaction fee will be used but will form a separate committee composed of internal and external experts to discuss it together.”

However, the promise seems to be fading with no plans implemented yet by the crypto exchanges or an expert committee after a good three months as gotten from the SBS BIZ report on August 10.

The exchanges were criticized for promoting and marketing Terr’s UST Stablecoin and LUNA ahead of the crash. It was said by the South Korean government, that the UST and LUNA tokens increased massively during the crash.

The report showed that the amount of refund continues to reduce as Bitcoin’s price dropped from $30,000 during the crash to below $23,000. The fees are kept in Bitcoin wallets as per terms.

The Upbit stepped forward after the report and revealed that “the commission is to be launched soon.”

The Crypto Community Fire Back At Do Kwon

Unfortunately, the Terraform Labs CEO, Do Kwon’s belief on crypto did not sound well in the earing of the Twitter community. Do Kwon stated:

Following his tweet, the crypto community did not waste time responding to his unpalatable belief, he turned off the comment session, but the member made use of the quote tweet to express their feelings.