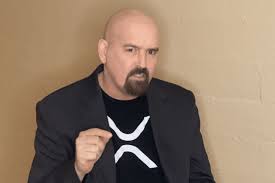 Attorney John Deaton, the attorney representing the 72,000 XRP holders and amici status in the current lawsuit between Ripple and SEC has taken the time to highlight the possible scenarios that could dictate a settlement in the Ripple vs. SEC lawsuit via some Twitter thread.

As widely known that the case between Ripple and SEC started around 2021 and probably ends around March next year.

Although some people believe the parties could settle before the expected next year, others have dismissed the possibility of a settlement.

Read Also: As The Merge Approaches CME Group Announces The Launch Of Options On the Ether Future

It was previously reported how Judge Netburn dismissed the SEC’s motion that Hinman’s documents are protected by attorney-client privilege, the commission filed an objection to the ruling before Judge Torres, hoping that the court would reconsider its decision.

Following the filing of an objection, Judge Torres is yet to decide on the issue. Explaining what could bring about a settlement in the suit, attorney Deaton said if Judge Torres overturns the previous ruling made by magistrate Netburn, the agency would not call for a settlement.

Read Also: A Top ETH Whale Acquires Over 536.51 billion SHIB From Coinbase And Binance In The Past 24 Hours

Attorney John Deaton is of the thought that Judge Torres would overturn the ruling previously made by her colleague on the matter.

SEC receives a victorious ruling from Judge Torres, overturning Judge Netburn’s Order that the SEC must turn over the emails, comments, drafts and edits.

Odds of Scenario One happening: 5%.”

In scenario two, the amici status attorney thinks that if Judge Torres still rules that the SEC should surrender Hinman’s documents to Ripple, the Securities and Exchange Commission will request an interlocutory certificate to file the case in the second circuit.

The SEC seeks certification for an interlocutory appeal to the 2nd Circuit. I don’t believe Judge Torres will certify. The SEC seeks a Writ of Mandamus.”

However, John Deaton could not precisely say when the whole scenario would happen but thought that if Judge Torres makes a ruling on Hinman’s issue as soon as possible, putting a stop to the SEC’s delay tactics, there is a possibility that the SEC could settle with Ripple before the stipulated next year.