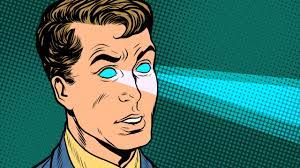 Savy commodity trader Peter Brandt has taken to Twitter to mention Bitcoin and say when he will add the trendy Bitcoiner’s feature “laser eyes” to his avatar.

Brandt addresses his tweet to Dr. Jeff Ross, who founded and is the CEO of Vailshire Capital Management. Ross is taking part in the Bitcoin 2022 event, Brandt wished him a wonderful time there.

Brandt posted a chart that shows the lower brink of the current range Bitcoin is trading in at the $28,805 level with the upper boundary being $69,000—the all-time high reached in November.

Related: Immutable, A Crypto Startup That Focussed On NFT And Gaming Has Been Able To Raise $200 Million

He stressed that it was not a Bitcoin price prediction. In the comment thread, however, several users have stated they believe a downward movement is possible now.

The trader tweeted that if BTC dips down to $27111, from the current price of $43409 level, he will add a Laser eye to his tweeter picture.

He reiterated that it was not a bitcoin price prediction, in the comment thread, however, several have said they believe a downtrend movement.

The “laser eyes” flashmob emerged in February 2021 among Bitcoiners who strongly believe BTC will eventually reach at least $100,000 per coin. Among the prominent Bitcoiners who have participated in this flashmob was Max Keiser, CZ of Binance, Michael Saylor and even Elon Musk joined—for one day only, though.

In a tweet published two days ago, the renowned chartist stated that the Bitcoin price may rally in May 2024 again.

He explained it, saying that Bitcoin usually requires 33 months to stage 10x growth. However, Brandt underscored that he does not believe history will repeat itself in the case of BTC.