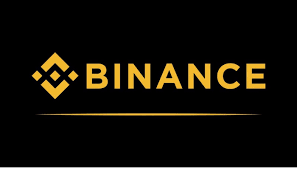 Binance, the world’s largest crypto exchange, said it was temporarily suspending all Solana withdrawals due to network issues, stating ”SOL withdrawals may be paused from time to time depending on the network situation.”

In another update, the crypto exchange stated it was aware of the current issues regarding withdrawals on the Solana network: ”Binance is working with the project team to ensure that these issues are resolved as soon as possible,” the company said. Further details regarding the suspension of withdrawals remain scanty at press time.

Traders of crypto futures lost over $400 million on Wednesday as most cryptocurrencies dipped to fresh lows as stocks tumbled in response to the Fed’s intended rate hikes.

According to Coinglass data, Futures tracking Solana’s SOL saw $25 million in liquidation losses over the last 24 hours. Solana, the sixth-largest cryptocurrency by market capitalization, has fallen more than 7% over the past 24 hours. SOL, the network’s native token, is currently trading at just over $115, according to data pulled from CoinMarketCap.

Related: Webinar: How To Hire A High-Growth Legal Team.

The highly anticipated integration did not come as a surprise to the NFT community. On March 29, OpenSea announced that it would start adding NFT collections minted on Solana in April.

In January, Jane Manchun Wong, a tech blogger who is famous for uncovering new features before they are announced publicly, tweeted that OpenSea was working on integrating Solana, confirming that the NFT kingpin was readying to step up its multi-chain game.