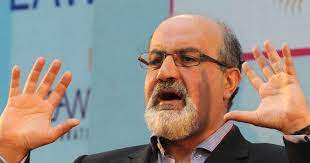 “Black Swan” author Nassim Taleb believes that the non-fungible token craze might be coming to an end, according to a recent tweet.

The Lebanese-American mathematical statistician is convinced that higher interest rates will make the bubble burst. The U.S. Federal Reserve’s ongoing monetary tightening is expected to exert pressure on risk assets.

Taleb has pointed to the fact that the value of the NFT of Jack Dorsey’s very first tweet has lost almost all of its value.

Read Also: Why Ethereum Network Has To Be Upgraded?

Crypto entrepreneur Sina Estavi caused quite a stir last march after shelling out $2.9 million for the 15-year-old  “just setting up my Twitter” tweet. It was sold via an auction on the “Valuables” platform, which is run by Cent. Dorsey then announced that he would donate the proceeds from the sale to charity.

As reported by U.Today, Estavi recently decided to sell his rare NFT. Initially, the entrepreneur asked an eye-popping $48 million for the exclusive copy of Dorsey’s first tweet.

Notwithstanding, the attempt to sell out the NFT spiraled into danger shortly after the commencement of the auction. Estiva became the subject of ridicule on social media after only attractions minuscule offers in the range of low hundreds of dollars. The businessman was then made to remove the previous price tag. At the time of writing the news, the highest bid is only $18,221, which implies that the NFT has lost more than 99% of its value.

Read Also: UkraninianDAO To Be Launched

Estiva informed Reuters that he wouldn’t sell the NFT to anyone because he thinks that it is the  “Mona Lisa of the digital world.” The auction might end up being canceled.

NFTs exploded in popularity in 2021, but many naysayers warn that this hype might not be sustainable