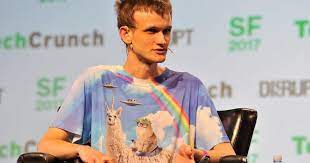 The billionaire programmer agrees that they could have very serious ramifications, as stated in his recent tweet. He doesn’t rule out that an ethically-challenged foreign government could potentially make such a move.

In the same vein, Buterin said he wasn’t against Musk taking over Twitter compared to leaving things as they are present.

The Ethereum co-founder claims that Ethereum is a “public utility”. He believed that wealthy people should not be permitted to take over social media platforms reason being that they tend to combine low monetization and high levels of influence.

As reported by U.Today, Musk disclosed his offer to buy Twitter for $43 billion earlier this week, claiming that he would be able to protect free speech after taking the company private. Many critics spoke out against the audacious idea while the cryptocurrency community was mostly very enthusiastic concerning the billionaire potentially buying the highly influential social medial platform. Musk will probably use social media to promote his interest.

Read Also: Bitcoin Bull Has Failed To Find Its Tract On Point Over This Time Of Streak Of Lethargic Price Action Makes Some Market Observers Optimistic About Where The Biggest Cryptocurrency Is Heading Next.

On Friday, Twitter’s board of directors moved to thwart Musk’s controversial plan by adopting a  “poison pill” by making it possible for other shareholders to purchase more shares at a discounted price. Now, the Tesla boss will have to come up with an even more lucrative offer to pull off a clean takeover, which is highly unlikely at this point. Musk afterall said that he had a backup plan. Owing to the poison bill, the billionaire will have to brace himself for a protracted battle if he still insists on taking over Twitter.