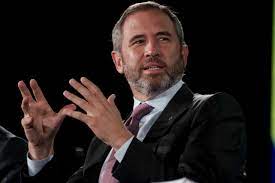 Investors should not be bitcoin maximalists but diversify with other assets as “all boats can rise,” opined Brad Garlinghouse.

Brad Garlinghouse – Chief Executive Officer of Ripple – believes that maximalism towards bitcoin and other digital assets is not healthy for the cryptocurrency industry. Nonetheless, he admitted owning BTC and ETH.

‘Tribalism’ Around Bitcoin is Bad for the Sector

Being an industry-starter and the largest digital asset by market capitalization has earned BTC countless individual fans throughout the years, while well-known corporations and even a country (El Salvador) embraced the asset as an official payment method.

However, putting bitcoin on a pedestal and creating a “tribalism” around it could hold back the entire nearly $2 trillion crypto market. That is what Ripple’s CEO – Brad Garlinghouse – argued in a recent interview.

“Polarization isn’t healthy in my judgment,” he maintained.

Examples of people who believe only in bitcoin’s merits and reject any other crypto assets are the head of MicroStrategy – Michael Saylor, and Block’s Jack Dorsey. Sometimes, the former’s stance on BTC reaches the state of religion. “Money is something to live with. Bitcoin is something to live for,” he stated last month.

Garlinghouse thinks such maximalism is extreme, and investors should diversify and put their trust in more assets as “all boats can rise.” On the other hand, he admitted to being a bitcoin and ether holder

“I own bitcoin, I own ether, I own some others. I am an absolute believer that this industry is going to continue to thrive.”

Ripple’s CEO, who was previously an executive at Yahoo, compared the nowadays digital asset sector to the dot-com era of the late 1990s and early 2000s.

Garlinghouse Is Against Dogecoin

Despite urging investors to explore more digital assets, Ripple’s boss does not support all of them. One token that he believes is harmful to the crypto industry is Dogecoin (DOGE).

Several months ago, touching upon the financial turbulence, he claimed that the meme coin’s inflationary nature does not classify it as a hedge against inflation:

“I’m not convinced, somewhat controversially, I guess, that Dogecoin is good for the crypto market. Dogecoin has some inflationary dynamics itself that would make me reluctant to hold it.”

Different from other digital assets like Bitcoin, Dogecoin does not have a maximum supply cap. Around 14 million DOGE are mined each day. This has been energy for many experts to estimate that the tokens’ essence is similar to fiat currencies that are printed at gigantic amounts by central banks.