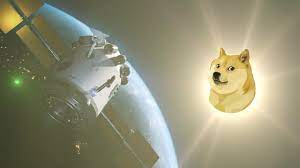 Dogecoin core developer  Michi Lumin has tweeted about the first RadioDoge transaction, using libdogecoin, which was ultimately relayed to the Dogecoin mainnet via Starlink.

RadioDoge focuses on using low-cost radio technology (HF/LoRaWAN) combined with the global Starlink satellite network to provide cheap,wide-scale access to Dogecoin for individuals who live outside the reach of regular internet infrastructure. This will permit Dogecoin to be able to perform transactions without the use of the internet.

In the past weeks, the Dogecoin team has focused on providing the groundwork for RadioDoge, as well as many future projects, using the first phase of Libdogecoin, a building block for creating Dogecoin projects.

Dogecoin’s goal, as stated by the Dogecoin foundation, is to make DOGE the de facto worldwide currency for exchanging goods and services. It says it is currently on some projects aimed at bringing the Dogecoin Ecosystem to a level of readiness for speedy grassroots adoption, citing the fact that 1.7 billion people in the world are unbanked.

At the writer’s time, Dogecoin trades at 0.137 and remains in consolidation within its daily moving average of 50 and 200. A break past the MA 200 at $0.177 might be necessary to squash the sideways trading move.