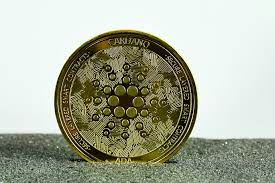 Cardano’s parent company, IOHK, has shared information about the most important updates to the Cardano ecosystem, including listings, mainnet launches, migrations, partnerships, and more.

A long thread included information about many projects concentrated on improving a series of solutions.  In the past week, IagonOfficial, a cloud computing platform, announced its migration to Cardano. Following the move, IagonOfficial has over 50% of its token supply bridged from Ethereum.

Cardano’s first NFT loan platform, Lending Pond, also went live on mainnet. The platform allows the use of Cardano NFTs to get a loan attained over 90,000 in volume within one week of mainnet launch. The NFT loan platform also announced its partnership with Cardano-based DEX Sundaeswap.

In the past week, Cardano’s commercial arm, EMURGO,  unveiled its partnership with Blockpass to onboard on-chain KYC in its regulatory compliance bid. Through this collaboration, Blockpass will add Cardano crypto addresses to the Blockpass app and offer on-chain KYC services for Cardano ecosystem projects, optimizing their KYC requirements.

IOHK has shared the news of the arrival of Cardano Summit NFTs, which marks the official collaboration of Cardano and Terra Virtua, stating that over 3,000 pieces have been minted.

Despite the progress made with network growth, ADA remains undervalued. According to CoinMarketCap data, ADA was trading at $0.89 at the time of publication, up 7% in the last 24 hours. As on-chain and market data provided by Santiment suggest, Cardano and other altcoins have entered a historical ”buying opportunity” zone, according to MVRV Divergence, as covered earlier by U.Today.