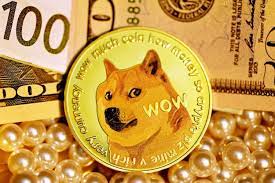 As stated by the recent data from  WhaleStats’ official Twitter handle, Dogecoin has returned to become one of the most actively purchased assets by BSC whales as its price consolidates for the next major move. IntoTheBlock data might also suggest that Dogecoin whales have been on their toes in the previous 24 hours, with a 24% increase in large transactions.

Larger transaction rises are often associated with the risen activity from institutional players, or whales, who are either buying or selling. These transactions exceed $100,000 in value, according to IntoTheBlock.

Likewise, the profitability of the largest meme cryptocurrency remains at 53%, after declining below 50% earlier in the month. TAG Heuer, a Swiss luxury watchmaker, recently announced that it is now accepting cryptocurrencies, “Dogecoin inclusive,” as payment through a partnership with BitPay.

Cryptocurrency exchange OKX has announced the listing of a new Dogecoin tradings pair, DOGE/USDC, on its spot trading markets with a few other cryptocurrencies.

According to the release, spot trading for DOGE/USDC is expected to commence on May 23rd, 2022. As stated by the CoinMarketCap, Dogecoin was trading up 3.76% at $0.087 at the time of publication.

Dogecoin spiked from lows of $0.082 on May 21, having met significant support at this key level, to reach highs of $0.088 today, thus setting up to mark the third consecutive day in the green. The rebound comes as Dogecoin suffered significant losses earlier in May, dipping as low as $0.065.