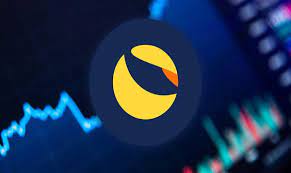 The Terra network’s testnet for Terra 2 has gone live, as stated by the tweet by Orbital Command. A mainnet release will take place on May 27, which will be accompanied by an airdrop. The testnet and airdrop are part of a revival plan that Terraform Labs and co-founder Do Kwon have put together.

The native asset for Terra 2 will be called LUNA and four groups will be eligible for the reward:

Eligible holders will receive 30% of the airdrop on May 27, followed by the remainder vested linearly over two years with a 5-month cliff.

Terra 2 is a new blockchain that will exist alongside the original Terra network, which will be called Terra Classic. The new LUNA will not be associated with the UST stablecoin.

Orbital Command is a validator that is  “dedicated to educating the Terra LUNA community.”

It described Terra 2 as “the most decentralized large blockchain in crypto.” Several projects have also been confirmed to be on Terra 2, including Nebula, Sigma, Prism, Astroport, Phoenix, Nexus, Spectrum, Anchor, One Planet, Random Earth, and Coinhall.

The validator also stated that, at minimum, Terra 2 will be at the heart of the wider Cosmo ecosystem. Cosmo users will bring their assets to the new networks for several services, including lending and borrowing. At best, Terra 2 hopes to be a leading layer 1 blockchain.

Will Terra 2 Be Enough?

Terra 2 is a bold revival strategy from Terra’s leaders, but it’s open to debate whether it will pay off. Terra has suffered a lot of reputation damage since the crash, and many now treat the network skeptically. Both retail investors and large firms have experienced losses, and scammers have also taken advantage.

Moreover, there are still some in the Terra community who are ardently in support of any network revival strategies. All things stated and done, these users agree that the Terra was the subject of an attack and should regroup and redeploy.

But with lawsuits, asset freezes, and investigations underway, it remains to be seen if Terra can hit the heights of its original network. The next few weeks will be pivotal in determining the future of the Terra ecosystem.