Recall the promise of the IOHK team during the postponement of the Vasil Hard Fork Launch in June, which was due to the outstanding bugs and necessary tests that must be run on the upgrade before its launch on the mainnet. As stated by the IOHK team, the postponement was mandatory to prevent the integrity of the Cardano community.

A few days ago, the proposal was submitted and gave a glimpse of the Hard Fork release.  It is good to know that presently, Vasil Hard Fork is now on the testnet waiting for its release on the mainnet which was slated to go live in the later part of July.

As reported earlier by Cryptolifedigital, it was designed to come live on testnet and now takes 4 weeks to carry out a test on it before it appears on the mainnet.

The update of the Hard fork on testnet was brought by the IOHK on their official Twitter page.  The SPOs and developers are now invited to commence their final testing and integration processes. As stated by the IOHK, the Vasil Hard Fork was not an easy program of work. As the backward compatibility will be checked and SPOs will also need to make one or more amendments in the scripts submitted.

The above reasons prompted the community to earlier request the 4 weeks after the testnet hard work to allow for SPOs, developers, and exchanges to test and upgrade before showing on the mainnet.

Towards the success of this process, the Cardano teams and IOG will be working with exchanges and DApp/tool developers. And as soon as everything is done with confidence, the proposal for the mainnet will be submitted.

As stated by the IOHK, the Vasil upgrade is the most ambitious program of work undertaken in which the whole community participated. And it is said, that managing this upgrade should be the prime concern 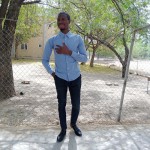 BabyDoge Launches Its First Play-To-Earn Game On Petaverse, A Branch Or Division Of Decentraland. 1 min read

BabyDoge Launches Its First Play-To-Earn Game On Petaverse, A Branch Or Division Of Decentraland.

Nigeria And Some Crypto-Restricted Regions Can Now Pay Their Utility Bills Via Cryptos Like BTC And ETH: Manila Finance 2 min read

Nigeria And Some Crypto-Restricted Regions Can Now Pay Their Utility Bills Via Cryptos Like BTC And ETH: Manila Finance

BabyDoge Team Burns Close To Half Of The Total Supply, Over 198 Quadrillion Has Been Burned So Far. 2 min read

BabyDoge Team Burns Close To Half Of The Total Supply, Over 198 Quadrillion Has Been Burned So Far.