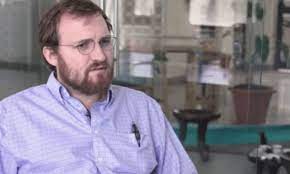 The CEO of Input Output Hong Kong (IOHK) and Cardano (ADA) founder has spent a week in Washington D.C. to discuss bill drafts and regulations around cryptocurrencies with policymakers.

Cardano founder, Charles Hoskinson, a longtime proponent of more government transparency when it comes to regulation and how ADA may aid in the wider acceptance of cryptocurrencies among policymakers, recently showed his opinion about the state of affairs in Washington, D.C. through YouTube on May 27.

Hoskinson said he would continue to engage with organizations such as the DCC, the blockchain association, and others to identify opportunities for collaboration.

More also, he shared that they would engage in policy conversations with legislators and, when provided drafts of legislation, provide feedback on how the wording may be made more effective.

“The Cardano ecosystem is going to be engaging and have a desire to do regulated business whether it be a security token offering, whether it be regulated, or whether it be legacy financial institutions like banks adopting the protocol and want to maintain their charters.”

“These are hundreds of use cases that are not hypothetical but are already under construction or have been constructed.”

Hoskinson is optimistic about the future

In total, Hoskinson saw positives from his trip to Washington and dealing with lawmakers; he conceded there is still more work to be done and  “a lot more shoe polish is required,” however, he remains optimistic.

“We will continue as a community to ever get more decentralized and resilient and diverse and we as a community will continue to innovate many of the things we are doing in Cardano are not just about scalability, performance, and quality of code but have a lot to do with the social elements of a cryptocurrency.”

In conclusion, the developer of ADA said that he looks forward to continuing working and seeing his platform continue to evolve, with a rapidly expanding ecosystem and the June release of the Vasil Hard Fork around the corner.

As initially reported by Cryptolifedigital, Cardano’s average blockchain load remains relatively high in May at 64% as a byproduct of the network’s growth.