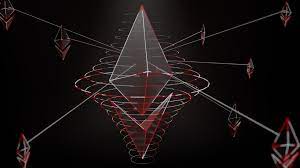 Ethereum is shifting from PoW to PoS network to solidify its stance in the crypto space. This plan and preparation, which have been ongoing for more than a year, seem to be ending. There’s a hopeful expectation that Ethereum will finally become a proof-of-Stake network. The transition process, also known as Merge, will soon come alive.

Every cryptocurrency network’s security and smooth running depend on its consensus mechanism. Also, it ensures its transaction validation process that will eliminate fraud and repetition due to errors of commitment and omission.

At the permissionless conference, one of Ethereum’s core developers, Preston Van Loon, made this revelation to attendees. He stated that if all things would follow as planned, The Merge is likely to occur in August.

While addressing about 5,000 people at the conference, Van Loon discussed some of his team’s plans. He explained that the team wants to complete the transition before the anticipated ‘difficulty bomb’ triggers.

This will likely debase the Ethereum network. Van Loon stated that if they could defer the  ‘bomb,’ the best option would be to make the transition sooner.

Before now, Ethereum has intentionally included a coded program into its blockchain known as the ‘difficulty boom.’ The program is expected to reduce the network speed and cause a slow dragging for PoW activities.

This will enhance miners who decide to proceed with PoW after the network completes The Merge. Hence, with the ‘bomb,’ Ethereum can effectively complete its transition to the Proof-of-Stake mechanism.

Confirmations For Completion Of Ethereum Merge

An Ethereum researcher, Justin Drake, has confirmed the possibility of getting The Merge sooner.

He said that this quick action would be top on the list for the network. In addition, Drake cited that the difficult bomb awaited to occur in August. Hence, the only measure to maneuver the program is by completing the transition on time.

Read Also: What To Know About NFTs – A Guide to the Latest Trend in Blockchain

Once the Merge occurs in August, Ethereum will have rounded off some of its roadmaps. The last lap would be the upgrade of its chains that would take place in 2023. But before that could happen, Ethereum would have no choice except its dependence on other L2 networks such as Optimism and Polygon.

They ensure high transaction volumes and scalability. Tim Beiko, another Ethereum developer, said on April 11 a possible delay for The Merge. He stated that there would be no transition in June, even after the success of the shadow fork test.