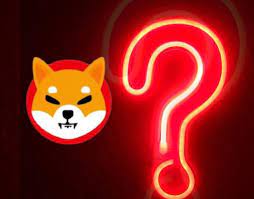 The Shiba Inu community is left wondering what may have prompted Ryoshi, the founder of one of the most popular dog-themed meme coins, to delete all of his tweets and posts on Monday.

The pseudonymous founder has removed all Shiba Inu-related blogs, including the original version of “All Hail the Shiba.” All four SHIB blogs have been removed from the Medium platform, and the page now displays the following message: “410. User deactivated or deleted their account.”

From the perspective of the SHIB community, the founder’s abrupt departure has not affected the price of the SHIB coin. Currently, the coin is up almost 6 percent, according to data from CoinMarketCap.

Between August 2020, when Shiba Inu burst onto the crypto market, and May of last year, the meme coin founder was active on multiple social media channels. Around this time in 2021, Ryoshi posted his Twitter comment, and his account has not issued a statement since.

Clones Here And There

There may be far above 100 Shiba Inu clones in all, and the amount is constantly rising. This meme coin acquired speed and value rapidly as a community of investors was attracted by the coin’s cuteness and headlines and tweets from notable figures such as Elon Musk and Vitalik Buterin.

The profile photo of the SHIB founder has been changed to a picture of Buddhist Jetsun Milarepa, a famous Tibetan poet, and yogi. Likewise, his header image has been modified to a half-moon atop a cloud.

Long considered to be the creator of the Shiba Inu, Buterin disputed such beliefs on a podcast hosted by Lex Fridman on June 5, 2021.

Buterin and other Ethereum developers have not been mentioned by Ryoshi about their in Shiba Inu.

After all, is said and done, no one has any idea who Ryoshi is, either.

Shiba Inu is presently worth $6.41 billion, making it the  16th most valuable cryptocurrency by market capitalization, according to a chart by TradingView.com. It has decreased by 86 percent since its record high in late October.

It should be remembered that Ryoshi once showed that he is replaceable and will eventually vanish. Therefore, his most recent activity could be his projected disappearance.

Milkshake, a Shiba Inu staff member, quoted one of the founder’s sayings:

“I am not important, and one day I will be gone without notice. Take the SHIBA and journey upwards frens.”