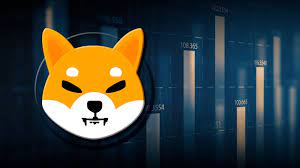 The Shiba Inu’s development teams have unveiled the details of the concept of the upcoming SHIB project, The Metaverse WAGMI temple which is a short form for the (We’re All Gonna Make It) temple.

As revealed in the blog post on the official website of Shiba Inu, WAGMI Temple will bring a Zen-like realm with calm meditation, natural beauty, sensation, and spiritual connections to the world.

Alongside the update, the team unveiled some black and white pictures of the upcoming WAGMI Temple to communicate the necessary feedback to the community, suggesting what roles the WAGMI Temple would play in Shiba Inu’s metaverse project.

According to the post; “Black and white sketches and concept artwork include a strong, physical, powerful potential, especially in abstract artwork,”

Various Inspirations Where Architectural Design Of The WAGMI Temple

It is worth noting that the architectural design of the WAGMI Temple was derived from different inspirations.  For instance;

Fireside Is Introduced For Feedback

The team said they would introduce Fireside chats all through its metaverse creative process to get feedback and address all questions and community concerns.

The Fireside would be hosted on Shiba Inu’s official Discord channel, with more plans made to roll out the initiative on other platforms.

The first segment of the WAGMI Temple Fireside Chats is slated to be hosted on September 8, 2022, at 8 PM EST.

In a nutshell, All these projects are to continually reduce the meme nature of the Shiba Inu