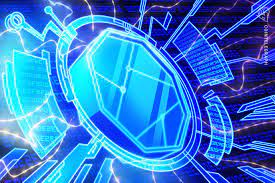 Axie Infinity wants to escalate as it did in 2021, and its new Builders Program is counting on its community to achieve that goal.

2021 was the year of NFTs and crypto games. A lot of games achieved world-class fame, attracting hundreds of millions of dollars to the cryptomarket. Although, the glory was short-lived, and 2022 has been the worst year for a series of crypto games; including the biggest of all: Axie Infinity.

On May 31, Sky Mavis, the company behind Axie Infinity, included 12 projects into its Builders Program, which on building new gaming experiences to help increase the number of users —which, by the way, has fallen exponentially just like the price of its native tokens.

According to the sky Mavi’s press release, the startup selected 12 projects out of more than 2,000 submitted applications. The winners will receive $10,000 in AXS, Axie Infinity’s native currency, to fund their projects’ development.  They will be able to monetize them on a shared basis using the game’s branding.

Axie Infinity is Looking to Strengthen its Ecosystem

The Builders Program is just one of the many initiatives that Sky Mavis is deploying to provide a better, more engaging user experience.

With the act of the Builders program, the team behind Axie infinity will leverage the knowledge and experience of its community and will roll out new game modes that help strengthen the Axie ecosystem. ” Sky Mavis also reported that it is partnering up with major game studios to develop new experiences for both Axie Infinity (as a game) and Ronin (its standalone blockchain network).

During the same period, Philip la, head of gaming product at Axie Infinity, said that co-creating projects alongside the Axie Infinity community “will be a key driver of value generation at scale over time.” A lot of the WEB3 ethos is to promote decentralization, and having a community deeply involved in the development of an ecosystem is key for Axie Infinity to live a long life in the blockchain world.

“The Builders Program is the first step in a new world where the community can make significant contributions directly toward games and projects they love and is one of many initiatives that will allow players to gain more enjoyment from the Axis they own.

AXS and SLP are Still Battling to Recover

AXS has been one of the tokens that suffered the most after the bearish trend of 2022, dropping more than 85% after reaching its ATH of $160. Although, the token has presently managed to stay above $18, a price that a lot of analysts termed as support.

Read Also: Cardano-Ethereum USDC Bridge Is Already Live, Here’s How to Use It

In another vein, SLP, which is the token given to players as a reward for victories in battle mode, has fallen more than  98.80% after reaching its ATH of $0.42 in May 2021. A situation that was mostly related to controversial decisions taken by the developers to try to curb players using multiple accounts to benefit from the rewards.

However Axie Infinity’s internal economics continue to plummet, and the community behind the game is so large that it could enhance this game’s position itself back at the top of crypto games —if the winter ends