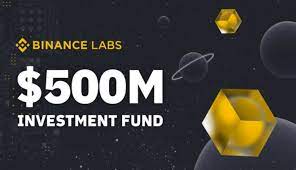 Venture capital companies proceed to deploy and raise capital for crypto markets despite volatility in the late weeks, with Binance Labs closing a $500 million investment fund to focus on web3 and blockchain technology adoption.

“We see the fund as another step in terms of us being able to build our mission statement, which is to help advance the adoption of web3 technologies, across all stages,” Ken Li, Binance Labs’ executive director of investments and M&A, told TechCrunch.

The capital was supported by DST Global partners and Breyer capital, this was done in addition to offices and corporations as limited partners stated by the company.

Binance Labs is the venture capital and accelerator arm of Binance, the world’s largest cryptocurrency exchange by volume. The $500 million funds will be invested in projects across three stages pre-seed or incubation, early-stage venture, and late-stage growth, Li stated.

“We’d like to partner with more founders across more geographies and sectors and support them with the fund but also support them through the broader Binance ecosystem,” Li said. “Ultimately, all the adoption that comes in crypto will come from great founders.”

Right from 2018, it has ventured into over 170 projects investments across more than 25 countries with projects which include 1inch, a decentralized finance and exchange aggregator; play-to-earn games Axie Infinity; and the Sandbox and Polygon, a decentralized Ethereum-focused layer-2-scaling platform.

The funds also decide on setting aside capital for sectors that “haven’t even been defined yet,” Li said.

“We want to be prepared to invest into those sectors as they come into play,” Li said. With gaming and DeFi, for example, adoption can happen quite quickly. On the consumer side, there’s DeFi, gaming, NFTs and metaverse, but there’s also yet-undefined sectors that Binance wants to be prepared for.

It is incubator program is web3-focused, but comparable to web 2.0 accelerator like Y combinator, Li stated. Each of the programs is carried out in batches or seasons and according to Li, it is presently in “season four,” incubating 14 projects chosen out of over 500 applications. While capital is a positive for founders, it might not be the most significant thing, as observed by Li.

“Supporting founders is more meaningful than the capital we bring to market.”

The previous week, former Binance executives at Old Fashion Research released a $100 million venture fund to aim at the metaverse and bring greater cryptocurrency adoption to emerging markets like Latin America and Africa, as stated by the managing partner, Lin Zhang, who was initially the vice president of M&A and investments at Binance.

Even though crypto markets may be in choppy waters, this year to date has had more funds deployed into the space than in 2021.

About $2 billion in the capital was raised across164 deals in May in the blockchain and crypto ecosystem, according to data on PitchBook, with about $15 billion in total capital raised this year to date, up from nearly $12 billion during the same time in 2021. This reveals that 2022 is yet stronger for capital investment in crypto, even amid bearish market sentiments.

“Ultimately our perspective is business as usual and we’ll continue to partner with founders who have the most promise and long-term focus to bring projects to market sustainably,” Li said. “We think that is going to happen regardless of macro conditions, especially because one of the stages we partner with founders is so early, so there will always be new projects and new founders who want to enter the space.”