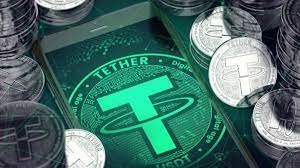 The whole community of Tether is excited to introduce the USD₮ on Tezos as stated by the Chief Technology Officer at Tether blockchain, Paolo Ardoino;

“We’re excited to launch USD₮ on Tezos, offering its growing and vibrant community access to the most liquid, stable, and trusted stablecoin in the digital token space,”

“Tezos is coming fast onto the scene and we believe that this integration will be essential to its long-term growth.”

Tether (USDT) is a cryptocurrency stablecoin pegged to the U.S. dollar and backed “100% by Tether’s reserves,” according to its website.

The Tether operation limited, Tether, a firm operating the blockchain-allowed platform tether. that control the biggest stablecoin by market capitalization has launched the Tether token on the Tezoz, a pioneering proof-of-stake blockchain.

Presently, Tether USDT is available on 12 blockchain networks, and its collaboration with Tezos is an additional welcome.

Upon launch, Tether will be the largest stablecoin by market capitalization available within the network.

Tether has released a new Mexican peso-pegged stablecoin, marking its entrance into Latin America. Dubbed MXNT, the stablecoin will previously be available on the Ethereum, Tron, and Polygon Blockchain, Tether stated two weeks ago. This is Tether’s fourth fiat-pegged stablecoin, after US dollar-pegged USDT, Euro-pegged EURT, and the offshore Chinese Yuan-pegged CNHT.