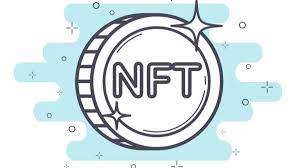 Kan, the Co-founder of video game streaming giant Twitch, has predicted initially that crypt-powered games will outrun the traditional gaming models reason being that players benefitting from truly owning (and being able to resell) items, plus rewards from tokenized economies and other potential perks. But the current technical hurdles can be a deterrent to players.

Yesterday, it was announced by the startup the sign-in with Fractal, a new feature that allows users to create a crypto wallet in some seconds Via a google account.

Bringing the new users into the Web3 world is a current issue for crypto and NFT platforms, owing to the complexities of the crypto wallet operation and taking custody of assets.

Overcoming this issue was not easy at all until the introduction of the Fractal a Solana NFT gaming platform thinks it has a solution that involves users’ existing Google accounts.

Read Also: The Ongoing Voting Has Given The New Proposal(50% of all LUNC transaction fees) burns Records of 93.2%, with 77.4 million LUNA committed.

“I think it’s a really necessary step to move beyond just the people who are maybe more crypto-native—maybe they’re more speculative participants in the market—to the people who are ‘real’ gamers,” Fractal co-founder Justin Kan told Decrypt.

The benefit of signing in with Fractal

The site recently hosted a $10,000 esports tournament for EV.IO, an NFT-driven, play-to-earn first-person shooter, the event eventually yielded 15,000 new users for the platform.

As stated by Kan;

Magic Eden is the biggest overall NFT marketplace on Solana, in terms of total trading volume, he’s keen on keeping Fractal focused solely on the gaming end of the NFT space.

“Our goal is to be the best gaming place. We do a lot for our gaming partners,” he said, pointing to technical development on APIs, launch advice, tournaments, and more. “Ultimately, I’m just trying to build where I think gaming is going to go. That’s how we intend to compete.”