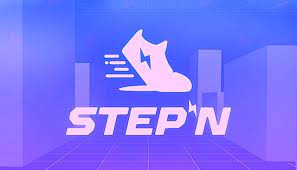 STEPN, a famous  “move to earn” game co-founded by Jerry Huang and Yawn Rong, Chinese entrepreneurs based in Australia, and launched in December has announced plans to block users from mainland China. This is in response to the crypto-related regulations introduced by the country’s authorities. Last year, 10 government authorities, including the People’s Bank of China  (PBOC), warned that cryptos are not legal tender.

As stated by the notice, any crypto-related transactions in China are considered illegal, and this is also valid when an offshore exchange provides services to a Chinese national. It was further stated that employees of any exchange based in China or outside the country providing services to its citizens would be investigated.

In a statement posted on Twitter, STEPN announced that the game will stop its provision of GPS and IP geolocation services to users in the country on July 15th. A day after the broadcast, its in-game crypto, GMT, fell by 38%. The fall in GMT was linked to the criticisms leveled by the STEPN community who found the announcement too sudden and how volatile its policies had been. A user proved with a screenshot on its Discord channel that users who choose Chinese as their official language are far more than those from other countries.

The exact amount of users based in china is not known. In percentage-wise, China only accounts for 5% of the game’s total user base as stated by Jerry H. This indicates that the decision will have a minimal impact on its business. Its major markets are Japan and the US.

Interestingly, it was observed on Friday morning that  STEPN was the top trending search on Weibo, a Chinese social media platform.

According to Dune Analytics, the game has over 580,000 users with 39,000 active users in the last 24 hours. It also raked in $20 million in profit in its first quarter. Though the company does not operate any other business or offer a channel for download in China, part of its technical members is based in the country making them an easy target by the regulation.

“It’s a very, very urgent tweet and yes, my feeling is we have to follow the regulations, otherwise the ecosystem will not sustain. Feeling sorry for all the users who had been implicated by this tweet in mainland China,” said a STEPN representative identified as Jason.

STEPN works by users purchasing NFT, which only lasts for a little time. In this view, users will have to exercise within the time to earn rewards in the platform’s native token GMT.

According to Rong, STEP seeks to prove sustainable as it charges fees to blockchain companies that also attempt to market their products to STEPN users.