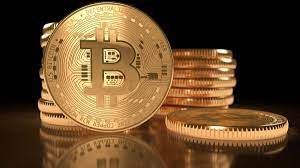 Some Bitcoin proponent has not ceased taking the advantage of Bitcoin dip. On July 1st, El Salvador and MicroStrategy purchased more Bitcoin as the virtual currency declined to $19,000.

The time Nayib Bukele, the president of the country, announced that they acquired 80 BTC, the MicroStrategy CEO, Michael Saylor also brought it to notice that they also bought 480 BTC for close to $10, 000,000. MicroStrategy is presently the largest bitcoin holder in the world.

Recall that El Salvador was the first country to make Bitcoin legal tender alongside the U.S. dollar (USD). Since then, the country has become the Bitcoin event nation and is not visited by regular tourists. The country has been seriously favored by its community although the president was seriously criticized.

MicroStrategy, one of the largest business intelligence software firms, is the biggest holder of Bitcoin as earlier said. They nearly have 130,000BTC and they could proceed with their holding in the nearest future. This period in the Bitcoin market gives room to the investors for the last bull run and want to be part of the market.

Read Also: Gray Glacier Has Been Successfully Launched On The Ethereum Network In Preparation For The Major Merge.

As gotten from the Coingecko, bitcoin is not being transacted at almost $19,500 and it’s a market capitalization of $371 billion. The largest digital currency in the world moved from $69,000 to below $18,000 a few weeks ago, showing that Bitcoin experienced a price correction of over 70% in just some months.

There is every possibility for interest in the nearest future seeing El Salvador and MicroStrategy buying such a huge amount of virtual currency.

On July 1st, the long-awaited Grayscale’s offer of the approval of the conversion of the GBTC to ETFs was refuted by the SEC. Due to this, grayscale sued the US SEC.
“ We’re deeply dissatisfied by and don’t agree with its decision, ” Grayscale Investments said in a statement posted on its website. The SEC also refuted Bitwise’s operation for a spot bitcoin ETF during the same period.