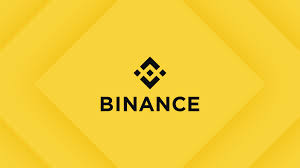 The Binance’s zeal to cover the entire globe is growing every day. The evidence is everywhere ranging from the countries they have covered and the areas of the target. For instance, Binance was reported by Crytolifedigital visiting the African continent for the expansion of Binance and crypto as a whole. Recently he met with the Ivory coast’s President,  OUATTARA, and the Government on the bright side of crypto adoption and also made requested the integration of this activity into the country’s commercial exchanges.

More also, in May, the crypto exchange secured VASP approval from France’s financial market regulator, Autorité Des Marchés Financiers, giving the exchange the necessary registration to offer its services in the country.

The largest world crypto exchange, Binance is now registered as a virtual asset service provider (VASP) by the Bank of Spain, permitting the exchange to give custody and crypto exchange services in the country.

As stated by Binance in the announcement on Friday, that its Spanish subsidiary, Moon Tech Spain, was registered as a VASP by Spain’s central bank on Thursday.

At the moment, Binance is allowed to make provisions for fiat currency exchange to digital assets and wallet services provided the country’s Anti-Money Laundering and counter-terrorist Financing rules.

According to the Binance CEO, CZ; “Effective regulation is essential for the widespread adoption of cryptocurrencies. We have invested significantly in compliance and introduced AMLD 5 and 6 compliant tools and policies to ensure that our platform remains the safest and most trustworthy in the industry.”

The head of Spain’s Binance, Quim Giralt commented on the new development as the CZ said the development is a result of the company’s hard labor to make the exchange focused on the integrity of the users.

More also, Spain’s Binance head added that the next target is the expansion of the team across Spain and to make its services more accessible. He added, that he would bring some of the local experts to see the Spanish market and to make a positive change to the ecosystem in the region.