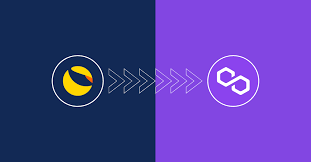 There has been a serious migration of projects from Terra (Luna) and its stablecoin, TerraUSD (UST) since the inception of the collapse of Terra. Dozens of protocols have chosen to move to polygon network (MATIC).

For instance, as stated by Wyatt, over 48 projects which include NFT ecosystem One planet and Derby Stars HQ Play-to-Earn protocol, have already moved their development workloads to Polygon Network (MATIC).

Read Also: One Of The Largest Ethereum Chain investors, Gimli Acquired A whopping 750 Billion Shiba Inu Worth Of $8.4 Million

Ryan Wyatt, CEO of polygon studio, tweeted on July 8th about the new migration from Terra to Polygon Network. The migration of Web3 protocols from Terra 9Luna) blockchain.

More also, on May 15th, during the Terra crash, Polygon studios CEO, Ryan Wyatt said his ecosystem will support the migration of protocols to Polygon. He added that polygon would “be putting capital and resources” into ensuring seamless migration of both projects and their communities from Terra (LUNA).

Polygon (MATIC) is an Ethereum token that powers the Polygon Network — a protocol and platform for building and connecting Ethereum-compatible blockchain networks. Polygon is what’s known as a Layer-2 solution, built to enhance the scale of the Ethereum network and aid its operability.

As reported by Cryptolifedigital a month ago, Tether has released its USDT stablecoin on Polygon (formerly Matic Network), expanding its reach in the crypto market. Just in case you don’t know, Polygon is the 11th blockchain USDT will be available on, after Ethereum, Solana, Avalanche, Algorand, Tron, Omni, EOS, Liquid Network, Kusama, and Bitcoin Cash’s Standard Ledger Protocol. There are currently more than 19,000 decentralized applications running on Polygon. Their users can now utilize USDT to move money in and out of that ecosystem and to generate yield, said Tether.