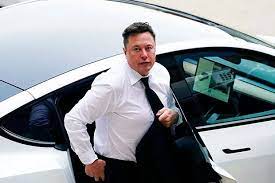 According to Elon Musk’s letter, He intends to end the $44 billion Twitter deal on Friday to Twitter’s board.

The letter stated that Musk is terminating the merge because Twitter “appears to have made false and misleading representations,” claiming that Twitter was not clear about its process for auditing spam and fake account and identifying do away with such accounts. More also Musk express his mood about the ongoing news that the Lawsuit filed will force Twitter to share the data surrounding bot activity.

The comment was not that suit the community as captured by the community that commented on his tweet. For instance, some see this act of Elon Musk as breaking the law.

The social media platform Twitter is reportedly looking to file a lawsuit as early this week against Elon Musk, SpaceX CEO, and Tesla after announcing his intention to decline from buying Twitter on July 8th.

As stated by Bloomberg, the company has hired corporate law companies Wachtell, Lipton, Rosen, and Katz and will bring the case to the Delaware Court of Chancery, a non-jury deal to acquire the social media giant on July 10th. Howbeit, no one can say if the Lawsuit will end Musk buying the social media giant or initiate another negotiation.

As stated by the Accelerate financial founder and CEO Julian Klymochko revealed to his over 24k followers on Twitter, that the probable outcome of Musk’s act is negotiation.

The effect of Musk’s decision could be a bit negative because the crypto community supported his plans to remove all spam and scam bot accounts from the micro-blogging platform.

Even OKX, a crypto trading platform on July 8 found that 38.8% of respondents said Musk terminating his bid would be bad for Crypto Twitter due to the proliferation of spam bots. However, the majority, 40.4%, said they didn’t care.

Some think that since Elon is pulling out of the Twitter deal, He could easily use the Billions of dollars to bail out the crypto industry instead.