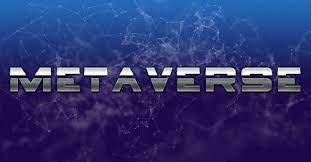 In an attempt to overcome the issue of interoperability in the industry, the blockchain-based metaverse and web3 platforms have come to a common point to form an Open Metaverse Alliance for Web3 (OMA3). The alliance is said to have four fundamental principles which include:

Open Metaverse Alliance for Web3 will be founded as a DAO, Decentralized Autonomous Organization to aid a governance system that is “transparent and user-centric.” It will aim its efforts on specific metaverse-related topics, such as standards for non-fungible tokens (NFTs), protocols, transferable identity, portals between virtual worlds, mapping, and indexing.

A digital avatar was cited as an example by the co-founder of Sandbox, Sebastian Borget;

“We want your Avatar can be more than just virtual representation, and also carries your reputation as anyone can see on-chain which NFTs you hold, earned, created, or bought, the full history of transactions, and as well hopefully the progression/actions you have contributed to throughout time.”