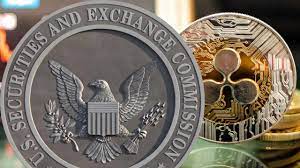 In the ongoing case between SEC and Ripple where the former filed a misguided law action against Ripple alleging that XRP is a security. Ripple uses XRP (a cryptocurrency that exists on an open, permissionless, decentralized blockchain ledger) in its product offering to facilitate faster, cheaper, and more transparent cross-border payments.

As previously reported the case has been since 2020 but last week, an oversight hearing focused on the SEC enforcement division was held by a House Finance Services Subcommittee, the Brad Sherman brought up the case of SEC against Ripple despite that something of such was planned to be discussed in the hearings. But Rep. Sherman, who was the Havard Lawyer, took it upon himself to raise the idea of the “scale of the largest enforcement case in crypto: SEC vs. Ripple”.

As previously reported by Cryptolifedigital, the comments of Rep. Sherman on the Ripple, giving a reassuring statement on the victory of the SEC over the Ripple attracted some of the Ripple’s executives’ reactions.

As gotten from Ripple’s General counsel Twitter handle, Stuart Alderoty, he shut Sherman’s remark and tagged the SEC approach towards Ripple as “Bullying”. He added

“Rep. Sherman’s behavior highlights the pernicious effect of regulation by enforcement. Rather than provide regulatory clarity through rulemaking, the SEC seeks to bully the market by filing, or threatening to file, enforcement cases. Unproven allegations masquerading as regulation are bad policies that hurt consumers and markets that are whipsawed by the whims of an unchecked regulator. As a result, American innovation — and the jobs created — are fleeing the U.S.”

Read Also: The 10th Shadow Fork Has Been Executed By Ethereum’s Developers In the Preparation For the Main Merge.

At the same lane, Stuart Alderoty also added, that there is an urgent need to clear the “mess” and make provisions for the comprehensive legislative structure for crypto. He added;

“Two bipartisan proposals (the Digital Commodity Exchange Act and the Responsible Financial Innovation Act) that seek to define the line between securities and commodities in the digital asset space are a good start.”

The point made by Alderoty asking for the comprehensive legislative structure for crypto in the order to fix the “mess”  commended the once said statement by Rep. Todd.

Todd wrote, “The SEC has manipulated the absence of regulatory clarity of blockchain technology to justify going beyond its authority.”