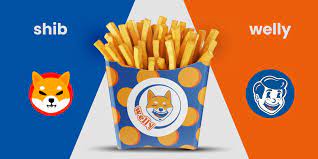 It was recently revealed by the App that delivers food at the doorsteps in a matter of minutes that the Shiba-Inu-themed blockchain-based restaurant, Welly has gotten a lot of popularities among the customers over the past period.

A screenshot from UBER EATS, a food-delivering App, was revealed on Welly’s Twitter handle showing Welly on the top-most level of the Restaurant partnering with the App.

This implies that Welly food is catching the heart of the customers and this has created demand pressure on the Fast-Food Store. Italian app, UBER EATS, shows that welly is the most eaten, best in delivery, and High rated Fast-Food Store.

Read Also: Michael Saylor Step Down As CEO Of MicroStrategy After Over Three Decades Of Service And Assume A New Role On The 8th of August

It is good to know that Shiba Inu collaborates with Welly, a blockchain-based Italian fast food restaurant as far as February as it entered the IRL industry for the first time.

Since then, Shiba Inu’s Welly has gotten a big heart to go across the globe. Regarding this focus, Burger joint is closely reviewing over 300 applications received from interested parties across the world for the expansion of its franchises.

In May, Shiba Inu-friendly burger joint Welly announced that the community behind the second-biggest meme coin will have a 15% ownership stake in its business.

The community will be entitled to a portion of the profits from all activities. It will be able to decide whether to burn these tokens or use them for some other purposes.

The holders of the Shiba Inu cryptocurrency will be able to manage these tokens wind they help of the BONE DAO.