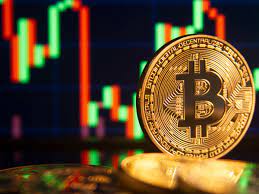 The interest of the BlackRock institution in the crypto sphere is on the increase daily despite the steep downturn in the digital asset market. The giant institution announces the launching of a spot bitcoin private trust as gotten from the Twitter handle, BitcoinMagazine.

As stated on its official website, the trust is available to U.S. institutional clients and seeks to track the performance of bitcoin, fewer expenses and liabilities of the trust.

Bitcoin is the oldest, largest, and most liquid cryptoasset, and is currently the primary subject of interest from our clients within the cryptoasset space. Excluding stablecoins, bitcoin maintains close to 50% of the industry’s market capitalization,

The fact that organizations like the RMI and Energy Web are building programs to bring greater transparency to sustainable energy usage in bitcoin mining serves as an encouragement to BlackRock.

Read Also: The Ethereum Core Developers Stated That The Merge Might Happen Between the 15th And 20th Of September

Read Also: The Node 1.35.3 Released By The Cardano’s Developers Is Said To Provide Full Vasil Era Capabilities: Vasil Hard Fork Will Soon Be On The Mainnet

Following the motivation that BlackRock got from the RMI and Energy Web, they have started work on four different areas of digital currencies and their ecosystem to benefit their clients and capital markets more widely which include:

In addition to this, BlackRock recently announced its partnership with the giant crypto exchange, Coinbase, to provide the access to cryptoeconomy to their client of Aladdin via Coinbase prime.

The partnership will bring to Alladin’s clients an advanced agency trading, custody, prime financing, staking framework, data, and reporting that supports the entire transaction lifecycle and more also, all the above stated will be combined leading security,  insurance, and compliance practices to provide institutional clients of Coinbase with a full-service platform to access crypto markets at scale.