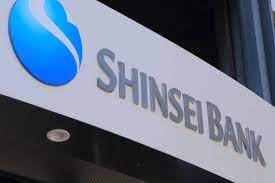 Despite the series of a mass-action lawsuit of filed by SXC against the Ripple and its token, its popularity and its adoption hasn’t declined.

It is good to know that these coupons can be exchanged for Ripple’s XRP and /or BTC at the SBI VC trade. Interestingly, the Shinsei bank has partnered with SBI VC trade to build a joint campaign to present exchange coupons to new and already users.

Read Also: BlackRock Launches A Spot Bitcoin Private Trust To provide Clients With Access To Their Choice Of Investment Opportunities

Read Also: The Node 1.35.3 Released By The Cardano’s Developers Is Said To Provide Full Vasil Era Capabilities: Vasil Hard Fork Will Soon Be On The Mainnet

The campaign is slated to run from the 10th of August to the 31st of October, 2022. According to their official website, the new users stand an opportunity to earn a reward when they open an account with Shinsei bank while the already users stand the chance to get a crypto exchange coupon when they set up a yen-time deposit.

The crypto asset exchange coupon gift campaign is worth up to 8,000 yen for all customers who open a new account and make a prescribed transaction.

It is good to know that the Shinsei bank has been on the reward-earning campaign for the newbies over time. The bank becomes the point of attraction when they made the reward possible for switching to digital currency such as Ripple’s XRP and BTC via the SBI VC trade.

“We will hold a campaign where you can win a crypto asset exchange ticket worth up to 10,000 yen,”

As previously stated, the adoption of XRP hasn’t been hindered by a series of lawsuits filed against its blockchain company. It is no news that since 2021, the SEC has been filing mass action against Ripple, calling it token security. This motion of SEC hasn’t been welcoming to Ripple’s executives and the CEOs.

While all these are ongoing, Ripple’s XRP has been gaining popularity among various platforms. For instance, Binance Card recently added support to XRP and a few other cryptocurrencies.