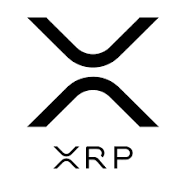 XRP holders vouch to stand in support of the XRP as a team of XRP holders led by Ashley Prosper, came together to answer the SEC FIOA office regarding communications between JPMorgan and the commission about Ripple.

This bold step of the holders made Amici status attorney, John Deaton commend their support for the Silicon Valley tech firm.

As said earlier, the Amici status’s John Deaton took to his Twitter how the XRP raised their support for the Ripple projects and tagged them as the “the leader of the XRPArmy”.

The lead of the XRP enthusiasts, Ashley Prosper, has initially secured a response to his FOIA request from the SEC about the subject. Howbeit, he also sought recommendations about the names of JPMorgan staff from the XRP community that should be added to his response. Prosper filed his response to the SEC after receiving replies.

Read Also: Shiba Inu And Its Governance Token, BONE ShibaSwap Is Now In The List Of Top 10 In Asia, The USA, And Canada.

Interestingly, the supporters of Ripple’s XRP have been identifying the shortcoming of the SEC which could be an advantage to Ripple in the lawsuit.

More also, the XRP holders are now joining the lawsuit through the class action filed by the Amici status’ attorney against SEC.

XRP Holders That Have Joined The Class Action Now Grew From 70k To 71,225

As reported by Crytpolifedigital, John Deaton, the attorney in charge of the Amici Status and founder law firm CryptoLaw and XRP holder representative, those seven holders who joined the cause back in 2021 January has turned into over 70,000.

Interestingly, Deaton, announces that the number of the XRP holders that have joined the class action against SEC now has now risen to 71,225.