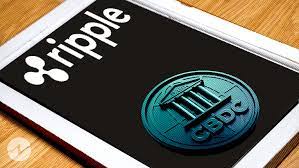 According to the tweet by James K. Filan, Judge Netburn has granted the Ripple in a text-only order to serve two non-party Subpoenas to authenticate seven videos of the SEC official’s remark and ignored the SEC’s motion to reopen fact recovery.

Recall, the order by the court directed the parties to meet far back as the July 19th to confer on the request of admission asking SEC to authenticate the seven specific videos of its officials’ public remark and this required a downloaded version of the videos for the sake of authentication and preservation.

Read Also: Shiba Inu And Its Governance Token, BONE ShibaSwap Is Now In The List Of Top 10 In Asia, The USA, And Canada.

Read Also: XRP Holders Are Tagged “The Leader Of The XRPARMY” As They Stand With Ripple Against SEC: Attorney John Deaton

Interestingly, the two parties met on the 22nd of July and conferred on the authentication of the videos, the SEC agreed to provide them with the downloaded version of the videos which is on two different platforms at the provided hyperlink.

The platforms put the video with a term and conditions which prohibit the end users from having access to the video unless granted permission. The Ripple executives, Garlinghouse and Chris Larsen met with the platforms, and the platform requested them to provide the platform, the two non-party Subpoenas for them to get the videos downloaded.

The Ripple executives had to meet the court and take permission to serve the two Subpoenas but the SEC objected and seek to reopen the discovery.

The issue between SEC and Ripple started in December 2020. It is all because of the initiation of an unregistered securities offering in the united states.

Since then Ripple has never conceded to SEC, it has been taking its stand over the comment of the SEC, tagging the Ripple native token, XRP “a security”. Despite the recalcitrance mindset of Ripple, US-based exchanges still discontinue their support for the Ripple token.