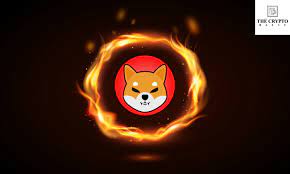 The lead developer at the Shiba inu’s project has taken out time to reply to the derogatory statement made by “Can You Pet the Dog”.

Recall, according to the Can you pet the Dog’s Twitter handle, it says it doesn’t want to affiliate with any crypto project. He specifically hit on the Shiba Inu saying despite the fact Shiba Inu’s game has a dog theme, it still does not want to be affiliated with the project.

It stated “Peddle your planet-burning scam somewhere else,”

Howbeit, the derogatory statement of Can you pet the Doge will have little or no effect on the influence of the largest canine-themed cryptocurrency. Although the follower of the can you pet the dog might want to unfollow Shiba Inu.

Shytoshi Kusama Replies Can you Pet The Dog

As stated ealier, the lead developer, kusama Shytoshi, has responded to Can you pet the dog on its statement about Shiba Inu.

The lead developer stated that the comment made by the Can You Pet the Dog shows how “ill-informed” the popular game is about cryptocurrencies.

He also made it known that the Shiba Eternity was only released the Apple app store users. shytoshi also said that the game is not the long awaited card collectible game (CCG) for the community.

He gave the community as assuring statement that the team behind Can You Pet the Dog that they would learn like other crypto projects that underestimated Shiba Inu in the past. And at such, the Shiba Inu is no more a meme, but will rather continue to create interesting projects that will help reduce the meme title.

With the derogatory statement of Can you Pet the Dog, the popularity of Shiba Inu hasn’t go low at all, but rather increase daily. For instance, An update was shared on Twitter on the 14th of August around 7:24 pm by a Twitter handle, SHIB INFORMER, Shiba Inu now has more followers than Dogecoin. The breakthrough happened a few hours earlier as stated by the SHIB INFORMER.