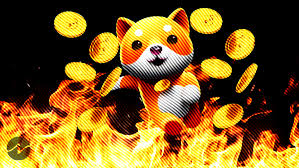 BabyDoge community have longed to expect the release of its Swap facility to come live on the Binance Smart contract. the swap facility can transform the market related to the BabyDoge.

Read Also: A 29 Years Old Man Is Arrested As A Suspect Developer Working For Tornado Cash But The Identity Is Still Unknown

Asides from the increasing popularity, the BabyDoge team has been doing tremendously to make the coin better and also to maintain its market price. As of the coin’s first birthday, early August, the community has sent a whopping amount of 50 QUADRILLION Coins Worth $88 Million into a dead wallet in one transaction.

The swap protocol will also introduce feeless transactions. At press time, the meme coin is trading at around $0.0000000016 and sitting at position 231 on the charts.

It is good to know that the Petaverse is a branch or division of Decentraland. As stated on Twitter the last Wednesday, BabyDoge’s community launched its first Play-to-Earn game on Decentraland, one of the top metaverse platforms in the industry.

Users can now play with their choice BabyDoge non-fungible tokens (NFTs), earn free tokens, and also unlock some pleasant NFTs at the first Play-to-Earn pet park in the digital universe.

More also to the breakthrough, holders of the BabyDogeNFts can get 250% boasted rewards in the game, and almost 10,000 tokenized assets are available on the Ethereum blockchain.