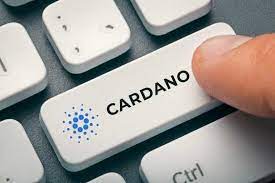 The high energy consumption as a result of Bitcoin mining is no news as the issue is a thing of concern to the entire globe. In this premise, IOG, Cardano’s research and development company has put this into consideration and make a thorough research on how to get reduced the rate at which the energy is being consumed in the course of undergoing proof-of-work.

Read Also: Terra Team To Launch A New Proposal To Airdrop Users Who Did Not Receive The Correct Luna Allocation

It is good to know that the IOG came up with a protocol to reduce the energy waste of Proof-of-Work (PoW) blockchains. The protocol is named Ofelimos and it was introduced at the Cryptology conference by members of the IOG research team. According to the IOG, the research was jointly carried out by some of its members, including Matthias Fitzi, Aggelos Kiayas, Giorgios Panagiotakos, and Alexander Russel.

Aims of Ofelimos as stated by IOG.

Conclusively, “Ofelimos is only a first step towards provably secure and useful PoUW. Whereas the current work readily gives provable security for levels of high corruption, more research is still needed on the algorithmic side to provide suitable classes of optimization problems for which high usefulness can be provably demonstrated,”